It’s here, folks. Eagerly awaited, this is the debut album of singer/songwriter Jacqueline Loor. Now, as an avid reader of the kms blog, you have heard this name numerous times before, as I was writing about several tracks of the uber-talented Jill of all trades in the past. And now she packed 13 of her tracks into an album that is filled with emotion, passion, and energy, all of this inspired by and dedicated to the singer’s twin sister.

Starting with a soft opener called “Coming Undone“, the album fills the atmosphere with touching vocals and a carefully arranged strings/piano backing that feels like dimming the lights for things to come. A real surprise is the remix version of this tune which layers a dance beat with the original. Seriously, I would have laughed anyone in the face who would have suggested doing a dance remix of this tune. But this remix made me stop and stare. It’s different, and it might not be everybody’s cup of tea. Yet it totally works in its own way.

One thing that I love about the work about Loor is her ability to guide and focus the listener through her signature approach. Changing seamlessly between vulnerable and kickass back and fourth, you’ll find every nuance of emotions and energy in her songs. If you don’t believe me, I suggest jumping to track eight of the album called “Find Your Way“. I rest my case. The ability to be at home in all kinds of genres and energetic concepts showcases Loors talent as the outstanding singer/songwriter she is.

The second track “Just a Memory” triggers one of these dark moments of clarity you usually try to evade, building an amazing atmosphere in the process. It’s one of the tracks sending goosebumps down your spine with every vocal track fading in the back, every lonely piano chord and every statement made by the beautiful voice of Loor. Once the darkness fades, the next track in Line called “Don’t You Pretend” brings back some light, yet the tune overall has a hurt and beaten-down undertone. Using almost angelic vocals, the story is told with an amazing high amount of emotion. And this emotional intensity is continued in “I’m Done With You“. Being all about the moment when you know you are done with a relationship, the new release of Jacqueline Loor takes an emotional swing at the listener. Once again, the singer knows exactly how to transmit every ounce of emotion with her vocals in a lost and broken scenario where everything feels painfully final.

In a way, “Burn It Down” is the media celebrity track of the album. Being used in the Batwoman series, this tune showcases the ability of Loor to support powerful pictures with even more powerful music.
While keeping the dark vibe intact, the beautiful singer/songwriter teamed up with multitalent Will Evans for a versatile dark pop duet called “Just Let Me Breathe“, using heavy dark synth lines and a slow methodical rhythm section to once again create a cold and lost scenario that aims for goosebumps again.

And to brighten things up again, “I’ll Take It” introduces a certain fresh and electronic drive into the journey of the album, after which it’s time for the name giving track of the album. “Show Them” is a uplifting tune that impresses with a very positive and sensitive appeal through defensive instrumentals and emotional vocals that lift you off the ground when you’re down. (Plus, it contains a mighty catchy chorus element that had me and my daughters singing along in about two minutes.)

Next stop is “I Can Fly” which tells the story of a toxic relationship and how to break free of boundaries which are probably not so hard to overcome in the end. Also, leaning strongly towards the emotional mindset of the previous track, this is where Loor might feel most comfortable regarding mood and emotional output. A deep synth based atmosphere that creates a lost and lonely void is the foundation of “I Broke My Heart” which circles around the album’s topic as well, yet giving a more melancholic approach through the hurt vocals and the almost minimal atmosphere.

The closing track called “Carry Through” is a collab work with singer/songwriter/producer Sunflower Summit, and it’s done so crystalline and fragile that as a listener, you are afraid you might break the tune by just breathing. So as the end of the album is near, you’re invited to enjoy the peaceful ending, to close your eyes, to breathe in deeply and feel time slowing down.

Overall, this album is an absolute thing of beauty. Every single track circles around a well-rounded emotional main theme, and you’ll find a huge range of emotions within the album. This album is brimful of life, passion and feelable emotion, and in my opinion it’s also an outstanding homage to family, gift-wrapped in tunes that reach out for the heart and soul of the listener. 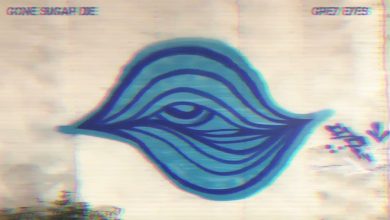 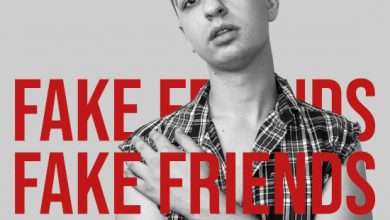 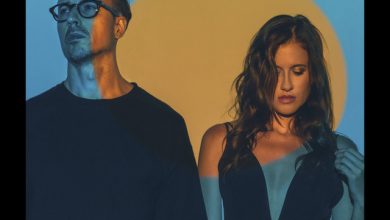 Swimmers – A Minute of Sunshine 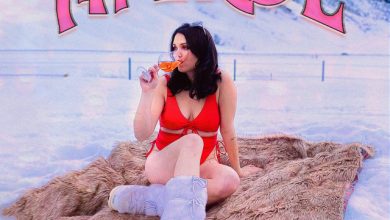 February 13, 2021
Check Also
Close
About
kms reviews is an independent music blog and your source for fresh and unique work of awesome artists. If you are searching for copied press kits or shallow 50 word reviews, you've come to the wrong place. I'm listening.
Support Me
If you like the kms blog, please leave a tip on Ko-fi to help me pay the bills. Thank you!