Every band out there has its own history, and while some of them have a rather linear one, there are some stories which are unusual. Music connects humans on several levels, and one of the examples that prove this rule is the Swedish band Disharmonikerna (translated ‘The Disharmonics’ or ‘The Disharmonists’). I had the chance to get some insight from the band members Urban Hane, Kristian Petrov and Ken Höög about how they met back in the days, what drew them apart, what made them reunite several years later, and their creative process then and now.

kms/ Tell us: who exactly is Disharmonikerna? What brought you guys together?
Disharmonikerna/ We’re a swedish alternative rock band, playing a synth-influenced albeit guitar-based music with poetically intelligent lyrics in Swedish. A reviewer from Musikermagasinet (Musicians’ Magazine) once dubbed our style to ‘poetic drum machine-driven indie guitar folk pop’.
What brought us together in the early 1990s was probably a common fascination for certain eccentric artists of a darker shade (ranging from the obscure to the infamous), mostly found in Sweden, UK, US and Germany. We all went to school together in this small town with frankly not that much to do for young people, so if you wanted to do something, you kind of knew that you had to do it yourself. Also, the local music scene – at least how we perceived it back then – was quite conservative and influenced to the point of plagiarism by British and American conventional rock music. We just felt there had to be something more. Ken and Kristian were already playing in punk bands, and Urban had just started writing lyrics.
With that being said, in retrospect the music life in Trollhättan doesn’t appear that uncreative. There was undeniably a facilitating infrastructure of clubs, associations, rehearsal studios and community youth centres. And among the different musical acts there might even have been one artist or two who we didn’t explicitly dislike (actually being sources of inspiration for ourselves).

kms/ You disbanded in 1996, what was the reason for you guys to reunite so many years later?
Disharmonikerna/ A journalist called the reunification of the band in 2018/2019 “the most unlikely musical comeback of the year”, and we cannot but agree. At least we’ve learned that one should never underestimate the creative power of an age crisis. (laughs)
No, seriously, in late 2016 the former band members of Disharmonikerna were approached to participate in a television music documentary on the music scene in the Trollhättan region (still a work in progress). When the guitarist started an inventory of the band’s archive, he was kind of like instantly consumed with an irresistible nostalgia. On a more or less unconscious level he’d always regretted that the band fell apart as it did, a break-up for which he personally felt a significant responsibility, an undefined feeling that the last chapter of the band hadn’t been written. We guess that with the documentary becoming topical, all three original members of Disharmonikerna received an “alibi” for starting to interact socially on an almost daily basis, which we essentially hadn’t done for years. It’s safe to say that all of us were quite nervous before our first face-to-face get-together, but the interaction that’s followed has indeed been a very pleasant one!

kms/ Any particular results of the comeback so far?
Disharmonikerna/ The most notable result would probably be “Återkomsten” (The Return), the B-side of our latest single, “För nära solen” (Too Close to the Sun). It is a genuine comeback song and reflects the ups and downs, as well as the affection and animosity (at times a quite ugly one), first drifting us apart, but eventually leading us back together to create this particular song, actually becoming the No 1 song of the Swedish song contest Parallell Mello 2019 in March last year. It is about trying to embrace the past without blinders and accepting things for what they are, instead of drawing a line over the past and just rushing on forwards (which is usually a common theme in mainstream popular culture). “Återkomsten” is also, in many respects, a return to Disharmonikerna’s 1990s, and, symptomatically, both text and music are interleaved with references to the band’s 1990s productions and whereabouts.

kms/ When did you start making music? Was there a defining moment that marked the starting point of you as a band?
Disharmonikerna/ We got a gig really early after forming (in the shift between October and November 1991), probably long before we were ready for it, but it forced us to put an act together that you could put on a stage and have people paying to watch. Both songs and programming were primitive to say the least, but a lot of the core was established at that gig. It also cut us down to the trio we have been since.
Ironically, it was around 1995, when Disharmonikerna finally seemed to start becoming relevant for real (for others as well as for ourselves), that the decline began, eventually evolving into the dissolution of the band in early 1996.

kms/ Describe the process of creating a new track.
Disharmonikerna/ Since the 1990s, all three members of Disharmonikerna have been equally active production- and arrangement-wise in the transformation of music and lyrics into “songs”, although the guitarist have probably composed most of the music, and the singer most of the lyrics. We say “most” because there is often a remaining part of the song which all three of us, including Kristian, Urban and Ken, write jointly.
Actually, we tend to see our music as based on a concept rather than being the result of jamming. Usually, Kristian comes up with the idea of the song, alongside a riff and harmonies, and then the other guys start giving feedback on the musical as well as conceptual draft, suggesting a more pregnant or even totally new direction. The song ideas can range from an interpretation of a film, an event or a book, to a personal experience, a certain mood or a previous song from some of our musical heroes’ catalogues, that we’d like to “mold” according to our own brand of artistic expression. More often than not, our early songs, rooted in a post-punk tradition, reflected a critique against technocratic uses and abuses of power.

kms/ What can you tell us about your hard- and software setup in your studio?
Disharmonikerna/ Basically, we have an in-the-box DAW set-up, but just to get some idea of the production tools we use: there’s Logic Pro X on MacBooks, Native Instruments and Focusrite Scarlet audio interfaces, SE Electronics 2200 and Shure SM57/58 microphones, a Korg Electribe ESX-1 drum machine, Wave Alchemy Revolution and Evolution drum machines, Soundtoys, Softube and Waves plug-ins. Regarding analogue instruments we guess we’re all kind of traditionalists, with a preference for the classic brands, alongside a cherry red Vester 335, model 700 (1990), which has been there all the way from the mid 1990s, creating this “thick” sound. But when it comes to actually playing the guitar we have a peculiarity of sometimes trying to play it as if it were a keyboard, as well as playing some of the lead riffs and hooks, typically written for the electric guitar, on an acoustic one, and so on. (“Återkomsten” is probably a good example in this respect.)

kms/ Any ongoing collabs? Are you reaching out/interested and if so, with what kind of musician?
Disharmonikerna/ Currently we’re working on our new album – the first one from Disharmonikerna in more than 25 years – and planning our next single which is to be released in the early spring of 2020. But besides that, we actually have a secret collaboration going on with a jazz singer. What will come out of that, however, is too early to say. Jazz, by the way, as much as we admire the virtuosity and integrity, is a genre which is worlds apart from our own musical roots. However, a radio DJ recently said that there are “18–19 different genres” detectable in our music, so we guess that it would be kind of inconsistent being all too rigid about what one should or should not do collaboration-wise.

kms/ Do you play live gigs or are you a studio band? Are you active right now?
Disharmonikerna/ During our heyday in the 90s we had a quite hectic live schedule, playing on the scene in Western Sweden for years. Since the comeback we’ve only appeared as a recording unit, but we’re seriously preparing to come out of the closet as a live act again, looking forward to meet the audience hopefully some time during this year.

kms/ In your opinion, is publishing new songs an easy task? What is the hardest part for you when doing so?
Disharmonikerna/ When you are just a studio band – which we still are until the album is finished – all you have is the music you release. With today’s media landscape obsessed with preferably unreleased or at least brand-new material, you get really nervous about letting stuff go, as it might very well be completely wasted if not everyone picks it up right away. It’s kind of hard to promote material after its release. But if you don’t try, you’ll never know, right.

kms/ Describe your point of view of the music scene around you. Is it alive these days? What should change, if there’s something wrong in your opinion?
Disharmonikerna/ Having been out of the game for so long, we kind of feel like the Coppola wolf pack. Our main influences remain practically unchanged, just that life has given you new experiences that you didn’t have 25 years ago. The contemporary scene though seems very much alive, the kids seem to know what they are doing. 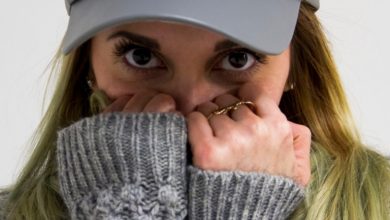 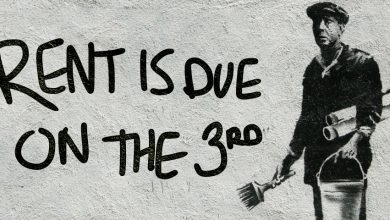 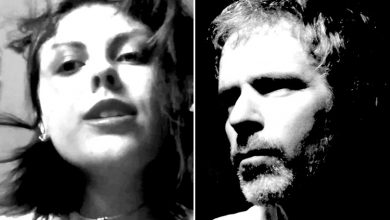 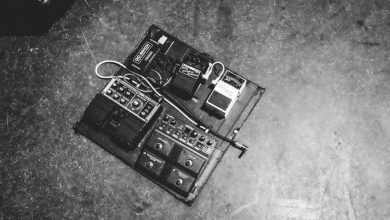