/ How are you holding up with the whole Covid situation out there?
/ Jon Campbell:
Pretty well, actually. I was in a rough place before the shit hit the fan and when it did hit, I lost my job. That job was really my only social sphere to speak of, so the first few months of lockdown were quite an intense withdrawal from society. That was really difficult and painful but once I accepted it and leaned into that solitude, things began to look up. I keep thinking about what people say about goldfish, that they grow to the scale of their tank. This year has been like an experiment to see what would happen if I was just left to my own devices of art and music, living on furloughed pay. Turns out, my creativity grows to fill all that extra time and space, and I’m almost busier than I was when I was working a full-time “day job” at the same time. Hello #UBI!

/ If you had to name the most beautiful place on earth, where would that be (and why)?
/ Jon Campbell:
Beauty is obviously subjective and I think it has a lot do with the meaning we attribute to things, so for myself, the most beautiful place on earth is in the Catskill Mountains, in particular, places like California Quarry in Woodstock, New York or Kaaterskill Falls. Those are the places I’d go when I would skip school; I’d go hiking and hang out on cliffs overlooking the Hudson Valley. Back then I was really into Emerson and the transcendentalists, and the connections they made between nature and the soul. When I was alone in those mountains, there was a conviction I felt about life and the world which has been the magnetic north on my compass ever since.

/ What’s the next project, is it art-related or music-related?
/ Jon Campbell:
It’s both. I’m wrapping up the final stages of production of a new album which I’ll be releasing early in 2021: a bundle of songs, paintings, performances, videos, writings and imagery that embody a length of time. In this case, it’s actually like a map various times, jumping around quite a bit: from 2020 to 2003, 2001, 1997 and 1982. I started writing it in January and it’s almost finished being mixed now (December), so as difficult as this year has been, it’s been one of my most productive ever. 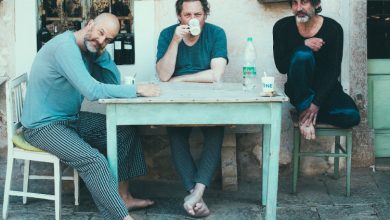 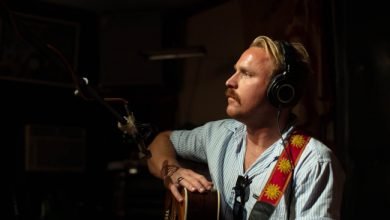 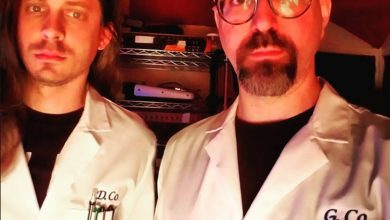 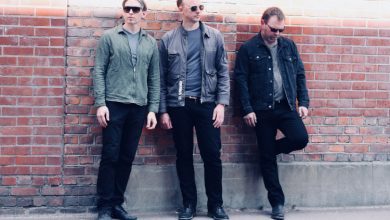 February 27, 2021
Check Also
Close
About
kms reviews is an independent music blog and your source for fresh and unique work of awesome artists. If you are searching for copied press kits or shallow 50 word reviews, you've come to the wrong place. I'm listening.
Support Me
If you like the kms blog, please leave a tip on Ko-fi to help me pay the bills. Thank you!